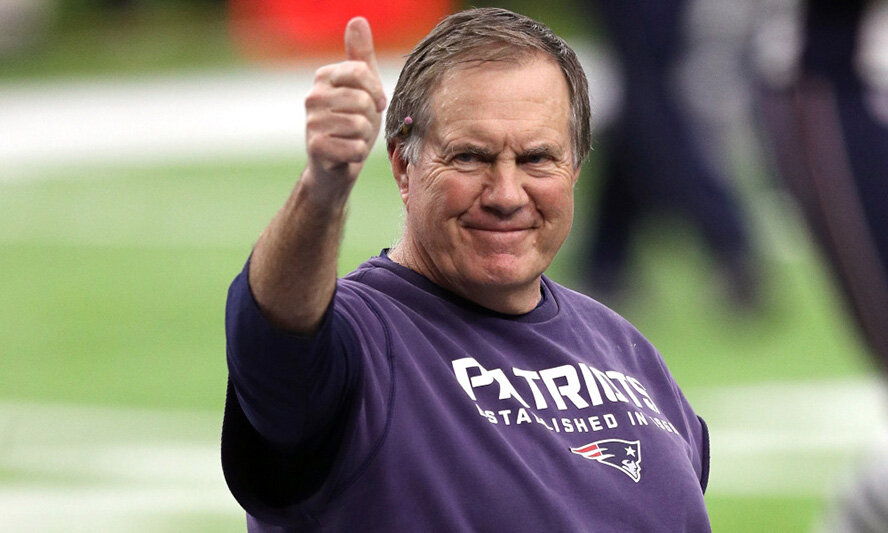 The Patriots signed Hunter Henry and Jonnu Smith to three and four-year deals. On top of that, they broke the bank on multi-year deals for Nelson Agholor and Kendrick Bourne. This may point to the team retooling for Cam Newton's second shot at starting but it could also be in preparation for a rookie quarterback. Either way, the Pats passing attack will undoubtedly improve simply by having non-UDFAs as the leading receivers. Interestingly, this gives New England two of the top-10 tight ends by run blocking snaps last year. If Newton remains the starter, his rushing production could go to the moon. Because of how run-heavy the Pats were last year, it's hard to see how to new pass-catchers for the team are more than sporadic touchdown producers and bing-play makers.

The Washington Football Team swapped out Alex Smith for Ryan Fitzpatrick this offseason and it's hard not to see that as a massive upgrade. Fitzpatrick averaged 1.5 more yards per attempt than Smith and more than doubles Smith's touchdown rate. That's before counting the upgrade from games Smith didn't play in 2020 to Fitzpatrick. The switch will also be night and day in terms of style. Smith was hyper-conservative and peppered Logan Thomas and J.D. McKissic with sub-five aDOT targets. Fitzpatrick's nature is to push the ball downfield on every play. Assuming he is the starter in 2021, Terry McLaurin's stock looks like Bitcoin right now.

After posting a mini-breakout in 2020, Davis will be playing with the Jets in 2021. His outlook entirely depends on who will be under center for the Jets. New York holds the No. 2 pick and is doing their due diligence on Zach Wilson and Justin Fields. If either of those players is drafted to New York and is able to post even average quarterback play as a rookie, it will be a massive turnaround for the entire offense. Given the body of work Sam Darnold has put forth so far, his return would seem to spell the end of the Davis breakout party.

Drake made the short drive north from Arizona to Las Vegas on a two-year deal. His presence officially dashes any hopes of Josh Jacobs ascending to a three-down role. The Raiders have been reluctant to let Jacobs take on the passing-down duties since drafting him in the first round. Drake, a fellow Alabama back, has multiple NFL seasons with 50 receptions on his resume. Jacobs may be relegated to plodder duties by Week 1.

Seattle hasn't had consistent tight end play since the first years of the Jimmy Graham era and they probably won't in 2021. Through four NFL seasons, Everett has peaked at 417 yards and was typically splitting time with Tyler Higbee. It's possible that Everrett has an outlier season through touchdowns which makes him an interesting stacking option with Russel Wilson but he's an obvious fade otherwise.

Samuel struggled in 2019 because of weak quarterback play and being wholly mismanaged as a weapon. The team and Samuel turned things around last year and Samuel crested 1,000 yards from scrimmage for the first time. That earned him a big payday from the Football Team and he's positioned to be the clear second option for Fitzpatrick. On top of that, he rejoins his former head coach, Ron Rivera, who used him as an all-purpose weapon when the two were together in Carolina.

Getting excited about a struggling veteran landing in an offense infamous for its lack of creativity in regards to wide receive use. Green averaged 5.03 yards per target in 2020, among the 10 worst seasons by a wide receiver with at least 100 targets since targets have been tracked. While it's possible that the former star regains some of his glory in Arizona, his 2020 season points to Arizona being his final resting place as a pro.

The Raiders signed former Bills receiver John Brown to a one-year deal. Brown was in and out of the lineup in Buffalo last year but still showed flashes of his playmaking ability when healthy. He makes a good replacement for Agholor as the two possess very similar skills. However, both players have been meant to be placeholders for Henry Ruggs. The Raiders' first-round selection flopped in his rookie season but any improvements in his game or role will render Brown a backup.

Brown left a situation in Buffalo that was very similar to the one he just joined. Emmanuel Sanders was brought into Buffalo on a one-year deal as a replacement for Brown. Much like Brown, Sanders will be forced to compete with a second-year speedster for playing time. Gabriel Davis racked up 599 yards and seven touchdowns as a rookie. Sanders, on the other hand, is now on his fourth team in three years. Sanders likely serves to hold Davis back more so than revive his own fantasy value with the Bills.

Andy Dalton Gets a Starting Gig

The Bears chose to replace one middling starter with another by going from Mithcell Trubisky to Dalton. Dalton likely presents a small upgrade over Trusibky, who was benched for Nick Foles last year. However, Dalton has capped out at seven yards per attempt over the past four seasons. Dalton sustained Green's excellence in Cincinnati for years and should be able to do the same with Allen Robinson.

Jones joins a team that was in desperate need of a solid third receiver but the No. 1 and No. 2 gigs are seemingly spoken for. With D.J. Chark acting as an elite field-stretcher and Laviska Shenault in charge of the short and intermediate work, Jones is poised to act as a complementary piece to the primary options. With the track record of rookie quarterbacks being spotty at best, Jones can be forgotten about for now.