Our staff is led by Senior Editor Bob Harris. Bob is one of the original Fantasy Football Diehards, starting the TFLReport in 1993. He received one of the highest honors in the industry, the "Writer of the Year" award, from the Fantasy Sports Writers Association (fswa.org) in 2005. He is informative and funny -- not a bad combination!
Bob Harris Columns

John Laub, the man previously behind the highly respected Audibles Web site and information service, has won more than $10,000 in national Fantasy contests. Now his focus is on providing weekly regular-season rankings to FootballDiehards.com FlashUpdate readers. Laub might not be infallible, but we'll put his career-track record up against anybody you'd care to name (we've also told him "no more tuxes").
John Laub Columns

Bill Robertson is co-founder of Fantasy Sports Publications, Inc., which features the Pro Forecast, CheatSheets, DraftBook and Football Diehards magazines. Bill is known for his sharp player rankings and gutsy drafting. Make sure and check out his current rankings on our live, customizable, Web Cheatsheets page.

Emil Kadlec isn't worth much, but we keep him on anyway! Sure, he started the Pro Forecast Magazine in 1990 and co-founded the WCOFF.com. Big f-ing deal... Seriously folks, Emil is president of Fantasy Sports Publications, Inc., the largest publisher of Fantasy Football magazines in America. FSP (fspnet.com) has been in business for over 22 years and this year will distribute over 850,000 copies of four Fantasy Football magazines -- the CheatSheets, Pro Forecast, DraftBook and Football Diehards Magazine -- and is the company responsible for FootballDiehards.com.
Emil Kadlec Columns 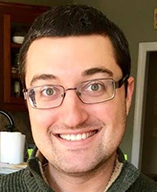 A veteran of the Fantasy sports writing industry for over a decade, Evan Tarracciano has brought his knowledge and passion of sports to his followers both on Sirius XM Radio and across a number of websites and podcasts. His past work ranged from social media and editing work, to creating the "Waiver Wizard" article to co-authoring "The Fantasy Football Black Book 2015 Edition". In recognition of his talents, Evan was nominated for the 2014 FSWA Newcomer of the Year award. The "Roto Wizard" joined Football Diehards in early 2016, and has penned a number of articles for the site while hosting a weekly video Q&A session. You can find him on Twitter (@Roto_Wizard) and make sure to listen to his radio segments with Bob Harris and Mike Dempsey!
Evan Tarracciano Columns

Mike Dempsey is best known to the fantasy sports community as the co-host of Football Diehards (with Bob Harris) as well as one of the hosts of the Fantasy Dirt show on SiriusXM Fantasy Sports Radio. He has been with the network since their first season on the air and has covered numerous Super Bowls and NFL Drafts for SiriusXM in addition to his regular hosting duties.
Mike has been an avid fantasy football player for over 25 years, which coincides with his career as a sports broadcaster. In addition to doing play-by-play and color commentary for a wide variety of sports, Mike has hosted numerous sports talk shows over the last two decades. He currently hosts Jaguars Today on 1010XL radio in Jacksonville as well as co-hosting the pre- and post-game shows on the Jacksonville Jaguars Radio Network on game days in the fall.
When he is not studying for his latest fantasy draft, you can find Mike on the golf course or spending time with his wife, Heather, and son, Colin, in Saint Augustine, FL.

Mike Beacom is the director of sales for Fantasy Sports Publications. His written work has been featured in FSP magazines since 2003, and he now writes a regular column for FootballDiehards.com. Beacom also serves as the president and chairman of the Fantasy Sports Writers Association.
Mike Beacom Columns

Alex is a long-suffering Lions fan who started playing fantasy football seven years ago as a way to alleviate the pain. Several years later he discovered the dynasty format and fell in love immediately, and he now plays dynasty almost exclusively. He began posting content first on Reddit (shoutout to r/DynastyFF from JanMichaelLarkin), and after being repeatedly encouraged to write for a website, he applied and was pleasantly surprised to be given an opportunity at FootballDieHards.

A long time fantasy sports enthusiast Tod can be found Hosting the Run to Daylight Podcast on Blogtalkradio and Itunes where he specializes in doing in depth interviews with everyone from industry experts to enthusiasts wanting to do their first podcast he met on Twitter. Speaking of Twitter you can find him there @Todfrompa where he is always looking to share bad puns and humorous gif’s. An avid fan of MFL10/Best ball leagues Tod also specializes in trading one of the least written about aspects of Fantasy Sports but a great way to win Season long and Dynasty leagues.
Tod Burros Columns

Honorary staff member Wilfred (Wink) Winkenbach created Fantasy Sports way back in the late 50s. He passed away in 1993 and should be remembered by all Football Diehards!

Reginald "The Commish" James, is the Dear Abby or Dr. Phil (take your pick) for fantasy leagues and commissioners, and the host of “The Fantasy Commissioner Show” podcast. He has been a NFL Correspondent and contributor (Commish Q&A) for FantasyPros, and produced the CommishRx series for FanSided Fantasy. Running a league for the first time? Need help mediating disputes? Rogue owners running amok in your league? Talk to The Commish. Send your questions to: TheCommishShow@outlook.com or find him @CommishShow on Twitter.
Reginald James Columns

Tera Roberts is a fantasy football analyst contributing to FantasyPros, Fantasy Alarm and Awesemo. She is also co-host of the Dynasty Vipers. Tera focuses on redraft, dynasty and DFS and is a long-time, avid fantasy football player with more than 15 years of experience playing fantasy sports. Catch her videos and live shows with some of the industry’s top fantasy sports websites, covering offseason topics like rankings and free agency, plus in-season topics around waivers and start/sit questions. Tera is a Clemson alum and Tiger diehard. But she promises to be extremely unbiased, except for when she talks about Hunter Renfrow -- the best route runner in the league.
Tera Roberts Columns

Lisa Ann is living out her fantasies playing fantasy sports. A multi trophy holder in her first two years of playing the game, she is dedicated to studying the fantasy prospects for the future. Lisa Ann takes all fantasy factors into consideration when she is busy setting lineups, reviewing past matchups and player profiles.
Lisa Ann Columns

ike Valverde has played fantasy football for over 24 years and has been part of redraft home league for the last 20. He is considered a "stat geek" by his peers. For the last five years, Mike has written numerous articles on players, created tiered drafting strategies, and contributed to podcasts. Mike is a DAT Analyst for PFF.
Michael Valverde Columns

Considered by some the fantasy football industry's leading expert on Individual Defensive Player (IDP) leagues, Gary has become the wandering Bedouin of fantasy football.
In addition to his work for over a decade as a Contributing Author and Associate Editor at Football Diehards, Gary is also an NFL and Fantasy Football Analyst at Bleacher Report, a Senior Staff Writer at Fantasy Sharks and a Contributing Author at FantraxHQ, Rotoworld and The Athletic. Other than that, he barely writes anything. Lazy bum.
Gary is also the co-host of "The Individual Defensive Podcast" and makes regular appearances on both terrestrial and satellite radio, including weekly in-season spots for SiriusXM Fantasy Sports the Radio and 1580 The Fanatic in Phoenix.
He'd do TV too, but…you know, his face is rather made for radio. A nine-time Fantasy Sports Writers Association Award finalist and three-time award-winner, in each of the past four years Gary was a finalist for Football Writer of the Year. He won the award in both 2017 and 2019.
A long-suffering Cleveland Browns fan, Gary lives in Columbus, Ohio with his better half, stepdaughter, and the world's most stubborn dog, where he sleeps about 37 minutes a day and never goes outside.
The sleep deprivation shows in his writing.
Gary Davenport Columns