The Facts: According to Adam Schefter, the 49ers say RB Elijah Mitchell has a knee injury and is questionable to return today.
Diehards Line:We will provide more information as it becomes available.
Deebo Samuel Injured (Returned) Sunday, November 27, 2022 | Time: 4:28 PT |  Reported by NFL.com 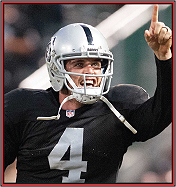 The Facts: Carr took a nasty hit early in the first half.
Diehards Line:Carr returned after one play and threw a touchdown pass to backup RB Ameer Abdullah.
Michael Carter Doubtful To Return Sunday, November 27, 2022 | Time: 2:19 PT |  Reported by NFL.com

The Facts: Darnell Mooney had to be helped off the field after injuring his knee.
Diehards Line:Mooney is doubtful to return, per Adam Schefter.
Jeff Wilson Jr. Injured Sunday, November 27, 2022 | Time: 1:52 PT |  Reported by Twitter.com

The Facts: The Browns won’t have Watson for Sunday’s game against the Buccaneers, but they should have him for their Week 13 game against the Texans.
Diehards Line: Sunday’s game is the 11th of the year for Cleveland and it is the final one of the suspension that Watson received for violating the NFL’s Personal Conduct Policy. The Browns have said that the plan is for Watson to replace Jacoby Brissett as the starting quarterback once he’s eligible to play. Assuming he does take the field against his former team on December 4, it will be the first regular season game for Watson since the end of the 2020 season.
Report: Aaron Rodgers Thumb Worse Than Previously Known Sunday, November 27, 2022 | Time: 8:06 PT |  Reported by NFL.com

The Facts: The thumb injury to Rodgers is more severe than known. Rodgers' injury, suffered during a 27-22 loss to the Giants in London on Oct. 9, is actually an avulsion fracture of the thumb, sources tell NFL Network's Ian Rapoport. It is serious enough that surgery is almost always the answer to fix this type of injury, people with knowledge of Rodgers' fracture also rell Rapoport.
Diehards Line:An avulsion fracture can happen when extreme force -- such as a hit from Giants linebacker Oshane Ximines -- causes the ligament to rip away from the attachment, taking some bone with it. Rodgers has not missed a game since suffering the injury and will play tonight against the Eagles. Rodgers told reporters on Wednesday that surgery has not been considered this season. He has been listed on the injury report (right thumb) since Week 6 and has been limited in several practices. This week, for instance, Rodgers was limited on Wednesday, practiced fully on Thursday and Friday, and was off the injury report by Friday night. As one source explained to Rapoport, if it hasn't healed by now, surgery is almost always the only way to help it heal. Clearly in this case, that would come only after Rodgers is done playing for this season. Whenever that is.