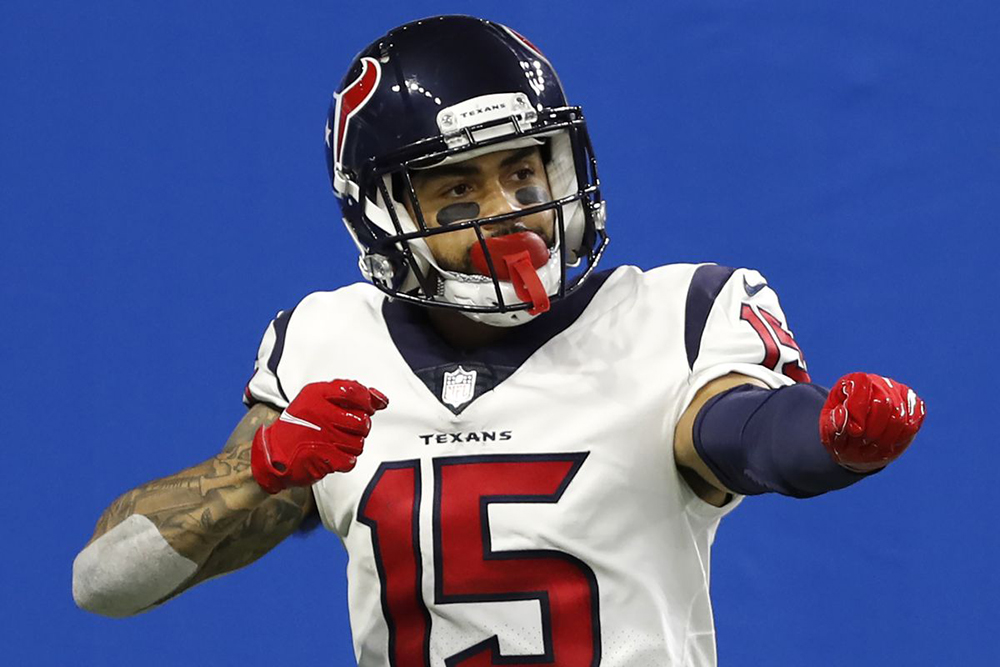 Will Fuller has to Prove It...Again

The Dolphins picked up Will Fuller on a one-year deal. The move comes as a bit of a surprise given Fuller's excellent 2020 campaign but there were a number of factors that kept him from getting a mega-deal. Despite logging career-highs in receiving yards (879), receptions (53), and touchdowns (8), Fuller will still have to wrap up his PED suspension to start the year. The suspension also casts doubt on the repeatability of his incredible 2020 campaign. Lastly, he has struggled with injuries throughout his five-year NFL career. In an offseason where teams were without loads of cash for the first time in many years, it made sense for Fuller to hold out for a bigger deal next offseason.

In Miami, it's hard to see him repeating his 2020 feats. His quarterback, Tua Tagovailoa, looked shaky in his brief stint as a starter last year. He'll also face more competition for targets in Miami with DeVante Parker and Mike Gesicki both soaking up looks.

After testing the market, Chris Carson wound up back in Seattle and that may be for the best. Pete Caroll has already talked up trying to establish the run in 2021 and he has done that to his own detriment through his Seattle tenure. Before an injury-mired 2020 season, Carson was coming off back-to-back seasons with over 1,000 rushing yards. He then logged career-highs in receiving stats last year despite playing in just 12 games. If Carson can stay healthy next year, he'll have an outside chance at putting up RB1 numbers.

The Giants are doing their best to support Daniel Jones after he regressed drastically as a passer in 2020. He posted an identical yards per attempt (6.6) as his rookie campaign but scored at half the rate while throwing interceptions at a similar clip. Jones' also continued to struggle with pocket awareness, fumbling the ball 11 times. That was high enough to lead the league for the second time in his two-year career. Having a player like Golladay, who is seemingly always open because of his size and athleticism, may help Jones avoid bad decisions going forward. For Golladay, the downgrade in quarterback undoubtedly makes him a less appealing fantasy option. The only way he'll be able to make up the difference will be with raw target totals.

Tyrod Poised to Start for Houston

The debacle in Houston is ongoing but it looks possible that Deshaun Watson begins the season on the commissioner's exempt list because of sexual misconduct allegations. The only draw to Taylor as a fantasy asset will be his legs. He has averaged 5.9 carries for 32.3 yards and .28 rushing touchdowns per game. That's 4.9 fantasy points per game via rushing alone. As a passer, Taylor is serviceable but his propensity to tuck and run combined with his timid passing style makes him a nightmare for receiving production. Don't expect any WR1 seasons coming out of Houston this year.

The Falcons signed Mike Davis to a two-year, $5.5 million contract after he stepped up in place of Chrisitan McCaffrey admirably last year. It's not a massive payday but the deal is solid for a journeyman who was cut by the Bears in 2019. His value will depend entirely on what the Falcons do in the draft. If they select a running back early, Davis will simply be a placeholder for a younger back. If he gets past that, there will be a large role waiting for him in the regular season.

It was a sad day for Phillip Lindsay truthers as he signed with the Houston Texans in the second week of free agency. The team had already inked Mark Ingram to a deal and David Johnson remains on the roster. Lindsay perennially overperformed in Denver and was rewarded by being shown the door. A dominant receiver and runner in college, it's unlikely that Lindsay is able to break out in a tragic Houston committee.

After a mostly failed stint in San Francisco, Tevin Coleman moved on to the New York Jets, reuniting him with former 49ers DC Robert Saleh as his current head coach. However, the deal is only worth "up to" $2 million, showing a lack of commitment to Coleman on the Jets' side of the deal. Much like Davis, he'll need to dodge early running backs in the draft to post a noteworthy season in 2021. He'll also need the offense to improve drastically as there was never hope for a usable running back out of the Jets last year because of how atrocious their offense was. The number of things that have to break Coleman's way for him to be even an RB3 is immense, making him nothing more than a flyer in best ball leagues or throw-in in dynasty leagues.

JuJu Smith-Schuster supposedly had offers from Kansas City and Baltimore on the table but decided to stay in Pittsburgh on a one-year, $8 million contract. At just 24 years old, it's concerning that Smith-Schuster couldn't earn a multi-year deal. This contract acts as a prove-it deal but 2020 shows that, unless something changes, 2021 isn't going to be the return to form everyone wants to see from the young receiver. His 5.8 aDOT was among the lowest in the league and the emergence of Chase Claypool and Diontae Johnson has cut his role down from its 2018 highs.

Breshad Perriman has done his best to revive his once-fledgling career through stints in Tampa Bay and New York. His 645 yards in 2019 and 505 in 2020 represent his two best seasons as a pro. A one-year deal with Detroit doesn't make Perriman a star but it does put him in a position to see an egregious amount of target. The losses of Danny Amendola, Kenny Golladay, and Marvin Jones have the Lions leading the league in lost air yards and targets. Even if the Lions make some moves at receiver in the draft, Perriman should still take on a sizable role. Because of this and his recent seasons of modest success, Perriman is an interesting flyer as a WR4.

The Rams made a small splash in free agency by adding a much-needed deep threat to their roster in DeSean Jackson. The speedster hasn't played a full season in seven years and only has eight games on the books over the past two years. Despite injuries and age sapping some of his speed, Jackson has still managed to lead the league in yards per reception three times in the past seven seasons. Pairing him with an offensive mind like Sean McVay and a strong-armed quarterback in Matthew Stafford is exciting in theory. If he can stay healthy (a massive IF), this signing may actually come in as one of the most underrated of the offseason. From a fantasy perspective, a healthy Jackson would be volatile be likely worth eating some low scores because of the potential explosions.