In my previous two articles, I broke down the data on what happens to rookie receivers and running backs after they have a troubling first year. You should go back and read them to fully understand the information but if you don't want to or just need a refresher, running backs, especially those taken in the first round, manage to post at least a single 1,000-yard season at a far higher rate than receivers. Former first-rounders rebound nearly half the time. Second and third-round backs rebound from disappointing rookie seasons at the same rate as first-round receivers. Receivers selected beyond the first round have a grim outlook. With those heuristics in mind, let's take a look at some of the rookie busts from recent years that have a chance of turning things around in 2021. 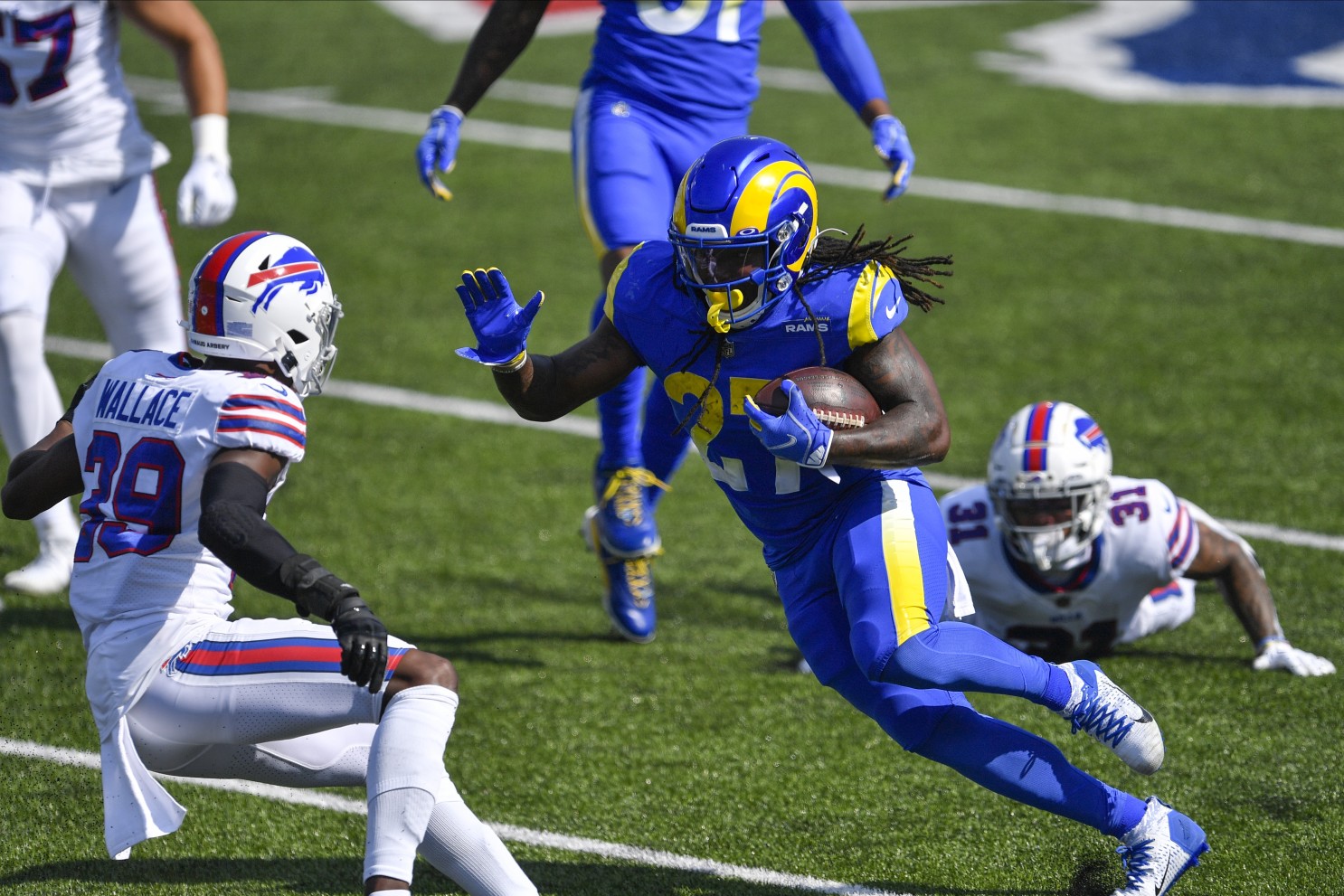 Henderson isn't his team's starting back and it's unlikely that he has a meaningful role in Week 1. That has rarely stopped players in his situation from returning value throughout history. Every year, ZeroRB truthers and handcuff-seekers are looking for the next big breakout in the late rounds of drafts. With Malcolm Brown signed away by Miami, Henderson is set up perfectly to take on that mantle. Cam Akers is going to enter the season projected as a three-down back and it's likely that things shake out that way to start the year. However, the difference between his play and Henderson's play in 2020 was negligible. Pro Football Focus graded Henderson nearly 10 points higher as a runner. PlayerProfiler charted Akers as evading tackles at a 1.1% higher rate than Henderson. The two traded off small advantages across different efficiency metrics across different sites. Both players were quality starters but the LA staff are clearly onboard the Akers hype train. Should anything happen to Akers, the equal efficiency metrics between the two LA backs point to monstrous potential for Henderson. Henderson earned 15 opportunities (targets + carries) four times last year. He averaged 96.3 yards from scrimmage per game and scored four times in those games. Henderson is a very speculative buy because his value is contingent on the health (or lack thereof) of another player.

Please don't leave yet. I know getting back into Penny seems like a perfectly reasonable way to burn assets in a fantasy league and he doesn't even come on the radar in leagues without rosters of 18 or more players. Looking back at the history of first-round busts reveals some optimism around a player with Penny's dismal career thus far. Nine of the 15 first-round running backs who failed to reach 500 rushing yards as rookies would go on to do so at some point in their respective careers. Penny breaking out in his fourth NFL season would not be an outlier among these players. Three of the nine did not break out until their fifth season or later. The Seahawks let Carlos Hyde walk in free agency which should putPenny firmly in line to be the primary backup to Chris Carson. Penny was a three-down back coming out of college and left San Diego State with a top-five rushing season in the history of the NCAA under his belt. He is the ideal throw-in to dynasty trades and makes sense in the deepest of best ball leagues. The dominoes still need to fall ahead of him but Penny's pedigree and the history of late breakouts among running backs point to him being worth purchasing for...pennies on the dollar.

Smith will be the only receiver to make an appearance on the list because of how slim the odds are that they actually bounce back. The odds that a player rebounds are only one part of the equation though. The other part is the cost of acquiring that player. Buying someone with a low hit rate is fine if they don't cost you much to get on the team. However, fantasy players across all formats cling to their priors to a fault. There will still be a strong contingent of drafters and dynasty players that will still value Jalen Reagor as if his profile and draft capital give him a good chance of success in Year 2. Based on his lackluster Year One performance, we know that his hit rate going forward is drastically reduced. Finding players where the market has over-corrected isn't easy, especially with receivers. One exception to this could be Tre'Quan Smith.

Although Smith has continually underperformed in terms of yards, never eclipsing 500 yards in his three pro seasons, he's shown an ability to make plays that puts him on par with players the fantasy community is far more optimistic on. His 14 touchdowns through three seasons are 19th of 31 rookies selected on Day 2 (since 2000). That puts him between Sterling Shepard and D.J. Chark. With Emmanuel Sanders and Jared Cook out of town, it's easy to see how a Smith could be forced into a larger role. The retirement of Drew Brees could also pair Smith with a passer better suited to his skills. Adjusting for cost, taking a flyer on Smith is a far better way to buy low on talent than a player like Reagor.

Up until Harris, the players in this article have all been cheap flyers with limited paths to upside but the cost has been worth the risk. Harris is the most expensive player on the list but he also has the clearest route to a massive season. His only competition for carries out of the backfield will be Sony Michel. The Pats did not pick up Michel's fifth-year option this year and Harris reportedly beat Michel in a camp battle for the starting role last offseason before getting injured.

Harris played well in 2020, leading the Pats in rushing yards (691) and running at 5.0 yards per carry. Harris was an efficient runner at Alabama and even racked up 22 receptions in his final collegiate season. Another camp battle victory over Michel is all that stands in his way of Harris achieving his first 1,000-yard season.