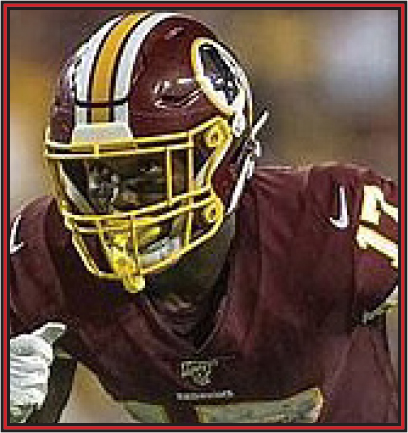 The Facts: The Commanders are beginning their mandatory minicamp today, and McLaurin is the only player not in attendance. Coach Ron Rivera is not overly concerned. Rivera said today that the team and McLaurin’s camp are negotiating a new contract, and he sounded confident that a deal to everyone’s liking will get done well before the season. “I believe we’re headed in the right direction,” Rivera said.
Diehards Line: Although McLaurin and new quarterback Carson Wentz aren’t getting any work together, Rivera said he doesn’t think that’s going to be a problem for the Commanders this season. And he said there’s no animosity with McLaurin trying to maximize his value as he heads into the final year of his rookie contract. “We understand what Terry is trying to do,” Rivera said. In three seasons in Washington, McLaurin has 222 catches for 3,090 yards and 16 touchdowns. He’s the Commanders’ best offensive playmaker, and they expect to get a contract done that keeps him around for years to come.
Story:Early Report: Travis Kelce Expected To Play
Story:49ers Promote Tevin Coleman To Active Roster
Story:Chiefs Activate TE Jody Fortson
Story:Retaining OC Canada An Attempt To Build On Kenny Pickett's Rookie Season
Story:Falcons Hire Saints Assistant Ryan Nielsen As Their Next DC
Story:Elijah Mitchell Questionable; CMC avoids Designation
Story:Travis Kelce Works Fully, But Added To Injury Report As Questionable
Story:Reid: Patrick Mahomes Will Play
Story:Christian McCaffrey Back On The Practice Field; Mitchell Isn't
Story:OLs Cappa, Williams Ruled Out; Hurst Off Injury Report
Story:Tua Tagovailoa Still Working Through Concussion Protocol
Story:Hayden Hurst On The Field Friday; TE Says He'll Play Sunday