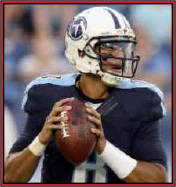 The Facts: Mariota reworked his contract to remain with the Las Vegas Raiders earlier this offseason, but Derek Carr's backup still pines to be a starter once again. Mariota noted over the weekend that he's always keeping an eye on QB news from around the NFL in case a starting opportunity might arise elsewhere. "Absolutely," he said when asked if he monitors other QB situations, via the Las Vegas Journal-Review. "It is my goal (to be a starter), so I do keep tabs on what's going on. For us as players, it's kind of important to see what the landscape is. That being said, I enjoy this team. It's a great organization to play for."
Diehards Line:The most significant question mark among starting gigs is currently in Indianapolis, where the timetable for Carson Wentz's return from foot surgery remains a mystery. The Colts will have a better idea in a week or two whether the QB will return closer to Week 1 or miss a good chunk of the opening slate. If it appears Wentz might be out into October, then Indy might peruse the veteran trade market. Of course, any trade considerations also depend on how Jacob Eason, Sam Ehlinger and Brett Hundley look during preseason action. As we press further into training camp and exhibition games, chances build that another QB injury might spring from the soil. If it does, Mariota's name -- along with the likes of Gardner Minshew and Nick Foles -- would be one to note.
Story:Deshaun Watson, NFL Settle On 11-Game Suspension, $5 Million Fine
Story:Pederson: Jaguars Expect James Robinson To Be Ready Week 1
Story:NFL: No Change To Alvin Kamara's Status
Story:Kenneth Walker III Has A Hernia-Related Procedure
Story:Zach Wilson's Knee Surgery A Success
Story:Tom Brady's Absence Not Health Related
Story:Report: Deshaun Watson Willing To Accept 8-Game Suspension With $5 Million Fine
Story:Tom Brady Will Be Away From Bucs Until Aug. 20 To Handle Personal Matter
Story:James White Announces His Retirement From The NFL
Story:N'Keal Harry To Miss Up To Eight Weeks After Ankle Surgery
Story:Goodell Explained Decision To Pursue One-Year Suspension For Deshaun Watson
Story:Sean McVay Confirms His Contract Was Extended