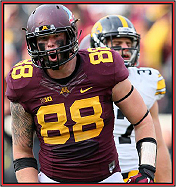 The Facts: Williams passed a physical with the team on Tuesday and was activated from the non-football injury list.
Diehards Line: Williams and tackle Marcus Gilbert were both placed on the non-football injury list on Monday. Both players’ tenure on the list lasted just day albeit for different reasons. Williams came off the list by passing his physical while Gilbert elected to opt out from playing in the 2020 season. Williams had 15 catches for 202 yards and a touchdown in 16 games played for Arizona in his first season with the team after four years with the Baltimore Ravens. The Cardinals were so happy with his performance throughout last season that they signed him to a two-year extension in November. HC Kliff Kingsbury had called Williams’ placement on the list essentially an “extended physical,” via Darren Urban of the team’s website. That physical is now completed and Williams will be able to take to the practice fields.
Story:Jordan Reed (Knee) Out 6-8 Weeks
Story:Michael Pittman Out Multiple Weeks After Calf Surgery
Story:Michael Pittman Out Multiple Weeks After Calf Surgery
Story:Dallas Goedert to Miss "Some Time" with an Ankle Injury
Story:Nick Foles Named as Starter for Chicago
Story:Chris Carson has a chance to play in Week 4
Story:Russell Gage Does Not Return Versus the Bears
Story:Chris Carson (knee) Exits and Does Not Return Versus the Cowboys
Story:Chris Godwin Exits with a Hamstring Injury
Story:Mike Williams (hamstring) Questionable to Return
Story:Tarik Cohen Suffers Torn ACL in Week 3
Story:John Brown Does Not Return Versus the Rams