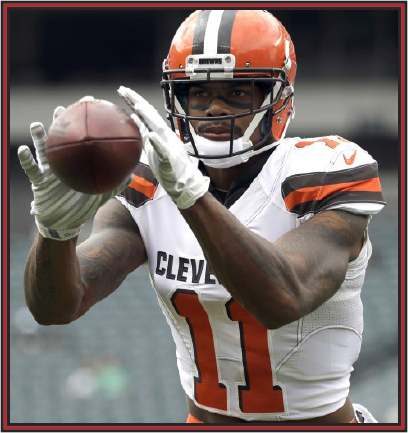 The Facts: Pryor was out of the NFL last year, but he says he’s had conversations with multiple teams about returning to the league in 2020. Pryor told TMZ Sports that he’s spoken with five teams about resuming a career that hit a couple of snags. The first came when the Jaguars cut him from injured reserve last September and the second came when Pryor was stabbed by a woman during an altercation last November that led to both being charged by authorities. “I can still play,” Pryor said. “And, I can still make plays and dominate. I know that.”
Diehards Line: Pryor said the Patriots are one of the teams he’s spoken to and he expressed interest in playing for them or the Steelers. Pryor had 77 catches for 1,007 yards and four touchdowns for the Browns in 2016, but only managed 36 catches for 492 yards and three touchdowns during stints with Washington, the Jets and Bills in 2017 and 2018.
Story:Done Deal: 49ers, George Kittle Agree On Five-Year, $75 Million Extension
Story:49ers, George Kittle Making Progress On Contract
Story:League Extends Daily Covid-19 Testing Through September 5
Story:Bills Give Sean McDermott A Contract Extension
Story:Doug Pederson Cleared After Covid-19 Diagnosis
Story:Coaches Want Joe Mixon To Get Plenty Of Touches
Story:Anthony Lynn Recovered From Covid-19 Infection
Story:NFL Lifts Prohibition On Tryouts
Story:Alvin Kamara Not Worried About His Contract
Story:Lamar Miller Has Agreement With Patriots, Pending Physical
Story:No Surprise: Derrius Guice Clears Waivers
Story:Washington TE Logan Thomas Off Reserve/Covid-19 List