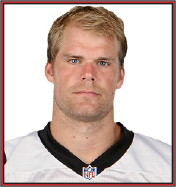 The Facts: Olsen took some time to make up his mind about what to do after visiting Buffalo, Seattle and Washington following his release from the Panthers, but he’s come to a decision. Olsen is signing with the Seahawks. It is a one-year deal worth $7 million with $5.5 million in guaranteed money.
Diehards Line: Buffalo and Washington had clear connections to Olsen from his time in Carolina, but he’ll be playing for Pete Carroll rather than reuniting with Sean McDermott or Ron Rivera in a new city. That will make him a new target for Russell Wilson to use as the Seahawks try to return to the postseason in 2020. Will Dissly, Jacob Hollister and Luke Willson saw the most snaps at tight end for Seattle in 2019. Dissly tore his Achilles during the 2019 season while Willson is set for free agency in March.
Story:Geronimo Allison Signing With Lions
Story:Demarcus Robinson Remaining With Chiefs
Story:TE Eric Tomlinson Signs With Giants
Story:Cam Newton Seems Plenty Motivated
Story:Former Rams PK Greg Zuerlein Signing With Cowboys
Story:Vikings Re-Sign Ameer Abdullah
Story:Eagles Pick Up Zach Ertz's Option
Story:Packers Re-Signing Tyler Ervin
Story:Antonio Brown Won't Be A Buccaneer
Story:Jameis Winston Getting Some Help In Form Of Recommendations By Arians
Story:Kenyan Drake Officially Signed His Tender
Story:Roseman: Alshon Jeffery Has To Get Healthy