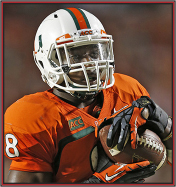 The Facts: The Browns are shopping Johnson, multiple sources tell cleveland.com.
Diehards Line: In the course of trade conversations over the past few days, teams have learned that the Browns are more than willing to deal Johnson, but they’re waiting for the right offer. With at least three teams interested, sources tell cleveland.com, the Browns are holding out for good compensation. They’ve also been waiting for word from the NFL office on the length of running back Kareem Hunt’s suspension, which will impact their decision. That announcement could come at any time. The Browns are also in no hurry to trade Johnson because his cap number in 2019 is only $3.05 million. If they trade him before June 1, he’ll count $2.25 million against the cap in dead money, and the Browns will save $800,000. If they trade him after June 1st, they’ll have $750,000 in dead money and save $2.3 million. But with Odell Beckham Jr. in the house, Jarvis Landry will probably spend even more time in the slot, which will decrease Johnson’s reps there. ... Stay tuned.
Story:Adams: Teammates Aren't Sweating Aaron Rodgers' Situation
Story:Lions Don't View Jared Goff As A Bridge Option
Story:Saquon Barkley Posts Workout Videos
Story:Antonio Brown Completes Probation A Year Ahead Of Schedule
Story:Patrick Mahomes Thinks RBs Will Be A Bigger Factor In Passing Game
Story:Justin Herbert Excited About New Offense
Story:A.J. Green Expecting Rebound Opposite Hopkins
Story:Tom Brady Seems To Realize Even He Has Limitations
Story:Diontae Johnson Looking To Limit Dropped Passes
Story:Clyde Edwards-Helaire Hopes To Improve As A Receiver This Year
Story:Jets Putting A Lot On Zach Wilson's Plate... And That's Not Going To Change
Story:Laquon Treadwell Signs With Jaguars