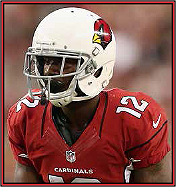 The Facts: There’s a possibility that Baltimore will decide to overhaul its wide receiver group again. Michael Crabtree is a potential cap cut candidate ($4.6 million savings) after his first season in Baltimore, but the Ravens might opt to keep him given the weak free-agent class and the challenge of signing free-agent receivers. Brown, the other starting wide receiver, is an unrestricted free agent following a disappointing finish to his season with the Ravens. While cleaning out his locker earlier this month, Brown said he wants to continue playing for the Ravens. "I’m sure things will change if I did come back, just finding ways to get the playmakers the ball," Brown said. "But you know, I believe if I come back, it’ll probably be 50/50 balance."
Diehards Line: In nine games with Joe Flacco, Brown caught 34 passes for 601 yards and four touchdowns. In seven with Lamar Jackson, Brown totaled eight receptions for 114 yards and one touchdown. According to ESPN.com's Jamison Hensley, even though Brown expressed a desire to stay (which is a common refrain for most players heading to free agency), the more likely scenario is that he’ll find more money and opportunity elsewhere. It’s looking like the draft will be the best way for Baltimore to add talent at wide receiver. Several mock drafts have the Ravens taking a wide receiver in the first round, and ESPN draft analyst Mel Kiper Jr. has Baltimore selecting Ole Miss’ A.J. Brown with the No. 22 overall pick.
Story:Demarcus Robinson Remaining With Chiefs
Story:TE Eric Tomlinson Signs With Giants
Story:Cam Newton Seems Plenty Motivated
Story:Former Rams PK Greg Zuerlein Signing With Cowboys
Story:Vikings Re-Sign Ameer Abdullah
Story:Eagles Pick Up Zach Ertz's Option
Story:Packers Re-Signing Tyler Ervin
Story:Antonio Brown Won't Be A Buccaneer
Story:Jameis Winston Getting Some Help In Form Of Recommendations By Arians
Story:Kenyan Drake Officially Signed His Tender
Story:Roseman: Alshon Jeffery Has To Get Healthy
Story:Could Andy Dalton Remain A Bengal?