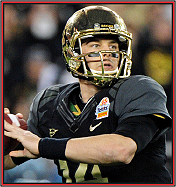 The Facts: Petty is keenly aware of the opportunity he missed last season, and it may affect his chances at winning the Jets starting quarterback job for 2017. Petty — who threw a pick-six in seven-on-seven drills Tuesday — says the shoulder he injured last year is back to 100 percent. And ultimately, he was able to take positives away from his time on the field last season. "I have the confidence now that, hey, I can play this game. I think that's a big thing," Petty said. "Some guys need experience to build that confidence, and I think that's kind of what I needed to see that, hey, I can see a rush, I can see a defense, I can make throws, I can throw touchdowns."
Diehards Line: With the Jets out of the postseason picture in December, Todd Bowles awarded Petty starts in the final four games of 2016. But the former fourth-round pick out of Baylor was unable to stay on the field. Petty made only three of his four scheduled starts. He was knocked out of two of those games, including on Christmas Eve at the Patriots, when he suffered a left shoulder injury that ended his season. This spring, Petty is in a “wide open” quarterback competition with second-year man Christian Hackenberg and journeyman Josh McCown. The Jets held their fourth OTA on Tuesday in Florham Park, and all three quarterbacks continue to have an equal shot at the starting gig -- although McCown is the early favorite.
Story:Jordan Reed (Knee) Out 6-8 Weeks
Story:Michael Pittman Out Multiple Weeks After Calf Surgery
Story:Michael Pittman Out Multiple Weeks After Calf Surgery
Story:Dallas Goedert to Miss "Some Time" with an Ankle Injury
Story:Nick Foles Named as Starter for Chicago
Story:Chris Carson has a chance to play in Week 4
Story:Russell Gage Does Not Return Versus the Bears
Story:Chris Carson (knee) Exits and Does Not Return Versus the Cowboys
Story:Chris Godwin Exits with a Hamstring Injury
Story:Mike Williams (hamstring) Questionable to Return
Story:Tarik Cohen Suffers Torn ACL in Week 3
Story:John Brown Does Not Return Versus the Rams