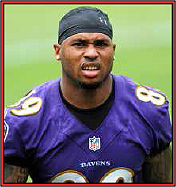 The Facts: Ravens owner Steve Bisciotti half-jokingly said he hasn't ruled out Smith coming out of retirement and playing in 2017. "I haven't given up hope that Steve Smith is going to come walking in here in September," Bisciotti said with a smile. "We'll see about that character. I wouldn't count him out."
Diehards Line:Smith officially filed for retirement on Jan. 2, sending a letter to NFL commissioner Roger Goodell. He wrote that he "will no longer be antagonizing defensive backs." Heading into last season's finale, Smith left open the possibility that he could return, saying he was "89 percent sure" he was retiring. Then, after the 27-10 loss at Cincinnati on Jan. 1, he essentially took his final bow when he said, "I enjoyed it, but it's over and it's done." Still, Smith came back last season after announcing his retirement before the 2015 season. Toward the end of last season, HC John Harbaugh said Smith was absolutely welcome to come back and wide receiver Mike Wallace tried to get Smith to delay retirement another year. Despite being the NFL's oldest receiver, Smith didn't show much decline in his game. Last season, Smith finished third on the team with 70 catches, second with 799 yards receiving and first with five touchdown catches.
Story:NFL Reinstates Josh Gordon
Story:Christian McCaffrey To Miss A Few Weeks With Hamstring Injury
Story:Antonio Brown Placed On Reserve/COVID List
Story:Tua Tagovailoa Ruled Out This Week
Story:Ben Roethlisberger Dealing With Left Pectoral Injury
Story:Jarvis Landry Placed On Injured Reserve
Story:Dalvin Cook Injures Ankle, Returns To The Game
Story:Elijah Mitchell Injures Shoulder
Story:Diontae Johnson Injures Knee
Story:JaMycal Hasty Has Ankle Injury
Story:Trey Sermon Suffers Concussion
Story:Darrell Henderson Injures Ribs