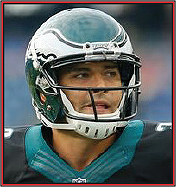 The Facts: With the Broncos' preseason opener just five days away, HC Gary Kubiak said he hasn't "come close" to naming the quarterback who will start against the Bears Thursday night, let alone Sept. 8 in the regular-season opener. "I'm going one week at a time," Kubiak said. "I will make a decision on what we're going to do next Thursday in Chicago, and I haven't come close to doing that yet."
Diehards Line: Asked after Saturday’s how he would list the quarterbacks on the depth chart this week when the Broncos will reveal one, Kubiak said he might simply use numbers only and go “1-2-3," and then added “we’ll see ... we’ll have something." Kubiak said earlier this week how the quarterbacks played in the preseason games would have a significant impact in the overall decision. He has not said if he will give each of the three quarterbacks -- Mark Sanchez, Trevor Siemian and Paxton Lynch -- playing time in the preseason with the first-team offense, and if so, how he would do that. Sanchez and Siemian continue to split the majority of plays in the starting offense and Lynch has received a handful of snaps with the starters as well. They’ve all had their moments as well as their mistakes. And it appears we'll all continue to watch for more as the competition continues.
Story:Jarvis Landry Comes Off The PUP List
Story:T.J. Hockenson Activated From Reserve/Covid-19 List
Story:Joe Flacco Could Be Ready To Back Up Darnold By Week 2
Story:Brandin Cooks Not Worried About Concussion Issues
Story:Bryce Love Passes His Physical In Washington
Story:McCarthy Impressed With First Look At Dak Prescott
Story:Jalen Hurd Fully Cleared And Reminding Teammates What He Can Do
Story:Jerick McKinnon's Comeback Drawing Rave Reviews
Story:Washintgon Football Team Releases Derrius Guice
Story:Derrius Guice Arrested On Domestic Violence Charger
Story:Cam Newton Blown Away By The Professionalism In New England
Story:Robert Woods Looking For A Raise