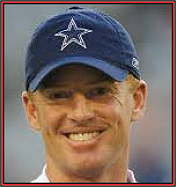 The Facts: Former Cowboys HC Jason Garrett has agreed to become the offensive coordinator for the New York Giants and first-year head coach Joe Judge a source tells ESPN's Ed Werder.
Diehards Line: When Garrett left the Giants building, it appeared Garrett and Judge were on the same page about working together. Garrett wanted to check with his family. A few days later, the Garrett family is in, the Giants have a new OC and an old friend is back in the NFC East. We'll be watching for more on Garrett's plans for Daniel Jones, Saquon Barkley and the rest in 2020.
Story:Michael Pittman Out Multiple Weeks After Calf Surgery
Story:Michael Pittman Out Multiple Weeks After Calf Surgery
Story:Dallas Goedert to Miss "Some Time" with an Ankle Injury
Story:Nick Foles Named as Starter for Chicago
Story:Chris Carson has a chance to play in Week 4
Story:Russell Gage Does Not Return Versus the Bears
Story:Chris Carson (knee) Exits and Does Not Return Versus the Cowboys
Story:Chris Godwin Exits with a Hamstring Injury
Story:Mike Williams (hamstring) Questionable to Return
Story:Tarik Cohen Suffers Torn ACL in Week 3
Story:John Brown Does Not Return Versus the Rams
Story:Diontae Johnson (concussion) Ruled Out